In fifteen chapters, Acemoglu and Robinson try to examine which factors are responsible for the political and economic success or failure of states. They argue that the existing explanations about the emergence of prosperity and poverty, e.g. geography, climate, culture, religion, race, or the ignorance of political leaders are either insufficient or defective in explaining it.

Acemoglu and Robinson support their thesis by comparing country case studies. They identify countries that are similar in many of the above-mentioned factors, but because of different political and institutional choices become more or less prosperous. The most incisive example is Korea, which was divided into North Korea and South Korea in 1953. Both countries’ economies have diverged completely, with South Korea becoming one of the richest countries in Asia while North Korea remains among the poorest. Further examples include the border cities Nogales (Sonora, Mexico) and Nogales (Arizona, USA). By referencing border cities, the authors analyze the impact of the institutional environment on the prosperity of people from the same geographical area and same culture.

Acemoglu and Robinson's major thesis is that economic prosperity depends above all on the inclusiveness of economic and political institutions. Institutions are "inclusive" when many people have a say in political decision-making, as opposed to cases where a small group of people control political institutions and are unwilling to change. They argue that a functioning democratic and pluralistic state guarantees the rule of law. The authors also argue that inclusive institutions promote economic prosperity because they provide an incentive structure that allows talents and creative ideas to be rewarded.

In contrast, the authors describe "extractive" institutions as ones that permit the elite to rule over and exploit others, extracting wealth from those who are not in the elite. Nations with a history of extractive institutions have not prospered, they argue, because entrepreneurs and citizens have less incentive to invest and innovate. One reason is that ruling elites are afraid of creative destruction—a term coined by Austrian economist Joseph Schumpeter—the ongoing process of annihilating old and bad institutions while generating new and good ones. Creative destruction would fabricate new groups which compete for power against ruling elites, who would lose their exclusive access to a country's economic and financial resources.

The authors use the example of the emergence of democratic pluralism, in which Parliament's authority over the Crown was established in Great Britain after the Glorious Revolution in 1688, as being critical for the Industrial Revolution. The book also tries to explain the recent economic boom in China using its framework. China's recent past does not contradict the book's argument: despite China's authoritarian regime, the economic growth in China is due to the increasingly inclusive economic policy by Deng Xiaoping, the architect of China's Opening up policy after the Cultural Revolution.

According to Acemoglu and Robinson's framework, economic growth will change the economic resource distribution and thus affect political institutions. Therefore, despite the current rapid growth, if China doesn't improve its political inclusiveness, China is expected to collapse like the Soviet Union did in the early 1990s.

Online shopping in Pakistan has never been easy as 1,2,3. Buyon.pk offers the most reliable way to carry out online shopping. Buy latest collection of Books & Media, Other Products at best price with free home delivery. You can shop Why Nations Fail (Urdu) and pay cash on delivery, make Mobile Payments like Easy Paisa wallet, Jazz cash account and UBL Omni, etc. You can also use different secure payment method like credit / debit card, online bank transfer / IBFT and can easily get the Why Nations Fail (Urdu) delivered at your doorstep any where in Pakistan. Enjoy online shopping on Buyon.pk with most convenient way, Yahan sab milay ga! 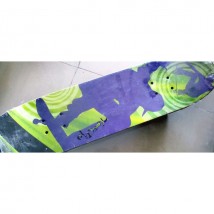